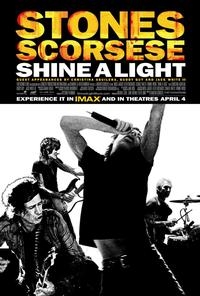 
A Rolling Stones documentary that focuses on the two concerts from the group's current "A Bigger Bang" tour as well as historical and contemporary behind-the-scenes footage and interviews. A recent concert in Austin, Texas, was also filmed.