Featuring a month long set of must-see late night films in the style and spirit of Mexico! Check out the schedule below, and don't miss your chance to see some of these classics on the big screen. Join us early and hang out at our bar or in our Lounge. Partake in something delicious from our special cocktail menu or enjoy any of your favorites from our fully stocked bar. Events this November are brought to you by the Logan Theatre and partners: Casa Humilde Cerveceria and Lucy Pistolas. 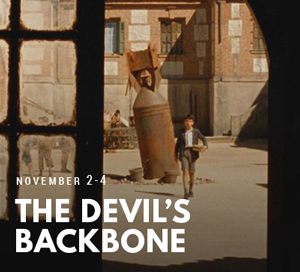 After 12-year-old Carlos arrives at an ominous boys' orphanage, he discovers the school is haunted and has many dark secrets which he must uncover. 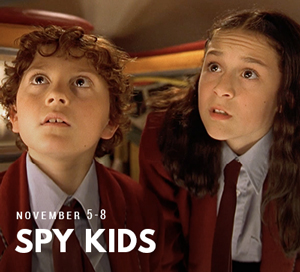 Using high tech gadgets, two kids have to save their reactivated OSS top spy parents when they're taken by an evil, high tech enemy. 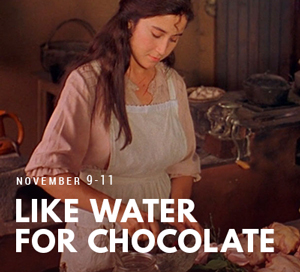 When tradition prevents her from marrying the man she loves, Tita throws herself into her cooking and discovers she can transfer her emotions through the food she prepares, infecting all who eat it with intense heartbreak. 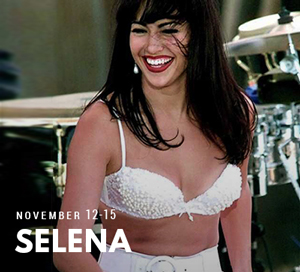 The true story of Selena Quintanilla, a Texas-born Tejano singer who rose from cult status to performing at the Astrodome, as well as having chart topping albums on the Latin music charts. 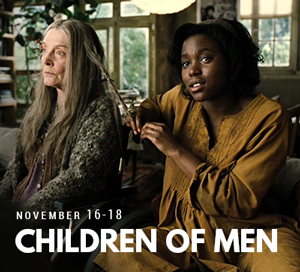 In 2027, in a chaotic world in which humans have become somehow infertile, a former activist agrees to help transport a miraculously pregnant woman to a sanctuary at sea. 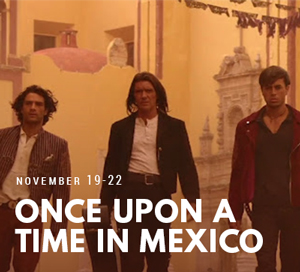 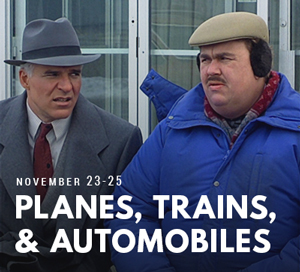 An advertising man struggles to travel home to Chicago for Thanksgiving, with a lovable shower curtain ring salesman as his only companion.